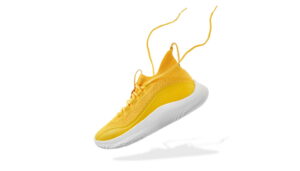 Living with foot odor can be challenging. Foot odor strong enough to be noticed by other people makes removing your shoes uncomfortable. It can make you want to avoid having people over to your house. In short, foot odor can lead to all sorts of socially awkward consequences. But here is the thing: buying new shoes is not the best solution.

Buying shoes may have never crossed your mind. Still, it is a reality for some people whose foot odors bother them. Take the case of a middle-aged woman who recently bought a new pair of sandals. We will call her ‘Mary’ to keep her identity secret from those who might otherwise recognize her.

She Spends a Lot of Time Outdoors

Mary and her husband live in a warm weather location where the temperatures rarely dip below 50 degrees. Furthermore, they spend a lot of time outdoors. Mary considers this a good thing except for one annoying consequence: stinky shoes.

It gets hot where Mary lives. It also rains just about every afternoon during the summer. Between perspiration and rainfall, it is not unusual for Mary’s shoes to get wet. Over the course of several summer months, her shoes begin to stink.

Recently, while planning to travel north to visit family, Mary decided that she could not take her current pair of summer sandals due to the odors emanating from them. She tried washing them with soap and water and setting them out to dry. No dice. So off she went to buy a new pair of shoes.

Washing shoes with soap and water can get rid of dirt. It can also help with minor odors. But deeply embedded odors that find their way into shoes as a result of perspiration and rainfall are much harder to eliminate. Doing so isn’t impossible, especially if you have a good shoe deodorizing spray.

We are all in favor of Mary buying new shoes whenever she gets the urge. She should do what makes her happy. But as far as addressing odors in her shoes, buying new shoes doesn’t help. Every pair she buys will eventually start to stink. What Mary needs is a good shoe deodorizing spray.

A good spray doesn’t just mask odors, it also acts as a shoe odor eliminator. The best sprays can eliminate shoe odors and keep them away for several months. You can count our product among those that do just that.

Should Mary decide to invest in a high-quality shoe deodorizing spray, she will enjoy an added benefit: using the spray on a regular schedule will allow her to enjoy those new shoes for much longer.

So what constitutes a high-quality spray? First of all, it cannot just mask odors with heavy perfumes. Masking odors isn’t the same as eliminating them. Second, a good spray holds up over time. Rather than having to spray shoes every couple of days, you can get away with spraying them every few months.

Finally, a good product can be used on all sorts of shoes. It is equally effective on sneakers, sandals, dress shoes, and work boots. You can apply the spray without worrying about damage or foot irritation.

Do you suffer from offensive shoe and foot odors? If so, do you find yourself buying new shoes more frequently in order to keep odors at bay? We want you to know there is another solution: ShoeFresh shoe deodorizing spray. Eliminate odors altogether and you might find that your budget for new shoes gets a bit more comfortable.